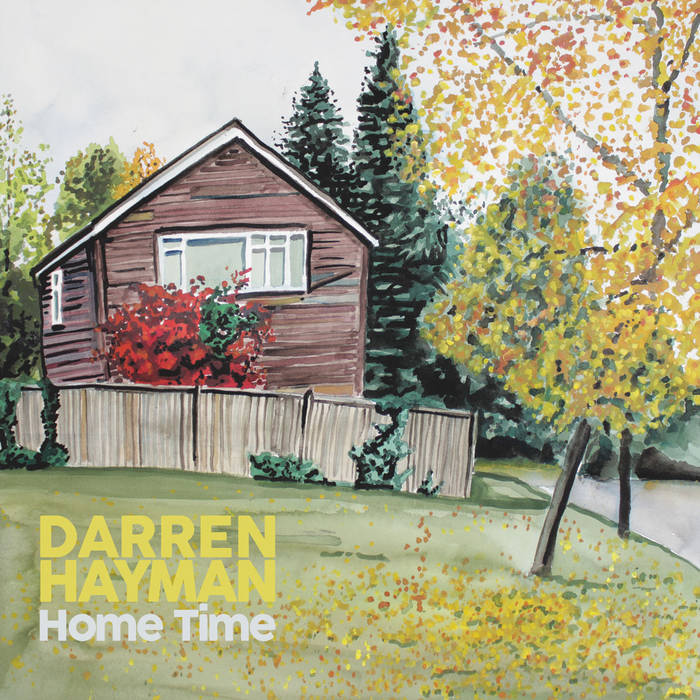 Darren Hayman returns with the new album Home Time, due out on 3 April via Fika Recordings. An autobiographical album about break ups, the record is tender, honest and frequently funny. Darren set an 8 track, acoustic rule for the record. Everything sounds warm, close and intimate. Darren’s own love-worn, London voice is joined on every song by the sweet antipodean tones of Hannah Winter and Laura K, recording artists and songwriters themselves with Common or Garden and Fortitude Valley.

When Darren Hayman made his debut in 1997 with the acclaimed indie band Hefner his lyrical remit was the broken hearted. His early songs told the story of the lonesome and lost, and broken dreams of love on the back streets of London. After Hefner, Hayman’s palette grew to include a unique take on place and memory. In the early 2000s he wrote a trilogy of albums around the history of Essex. In 2012 he made an instrumental album describing the tranquillity of Lidos. In 2016 Darren was awarded ‘Hardest Working Musician’ by the Association of Independent Music for his epic project on Thankful Villages, the 55 villages that survived the Great War with no casualties. His most recent record, 12 Astronauts, tells the personal story of the only men to have walked on the Moon.

Darren is continually obsessed with the idea of what songs can be, and the stories they can tell. As he explains, “With projects like Thankful Villages, I became interested in what a record could be, using field recordings, interviews and songs to make sound collages. I wanted to return to the stricter art of song writing and try and make the twelve best compositions I could. I wanted to make useful songs, words that could be comfort, not just thoughts that would depress.”

The songs for Home Time were written over a three-year period but recorded quickly, and with love, in Darren’s home. Home Time is a fragile, subtle slice of prettiness. Wrap it around you.

Three digital singles will be released; ‘I Tried and I Tried and I Failed’, a song about the endless, circular nature of being human, ‘I Was Thinking About You’, a song about the uncontrollable nature of memory and how it continues to haunt us even when we consider the long buried, and ‘The Joint Account’, about how when trying to negotiate matters of the heart and mind, it is sometimes the physical objects that anchor us down in the mire.

A baby sister album I Can Travel Through Time with ten one-minute songs squeezed on a seven inch is coming out alongside it on the Formosa Punk label.

This bandcamp page was compiled by Audio Antihero - www.audioantihero.bandcamp.com