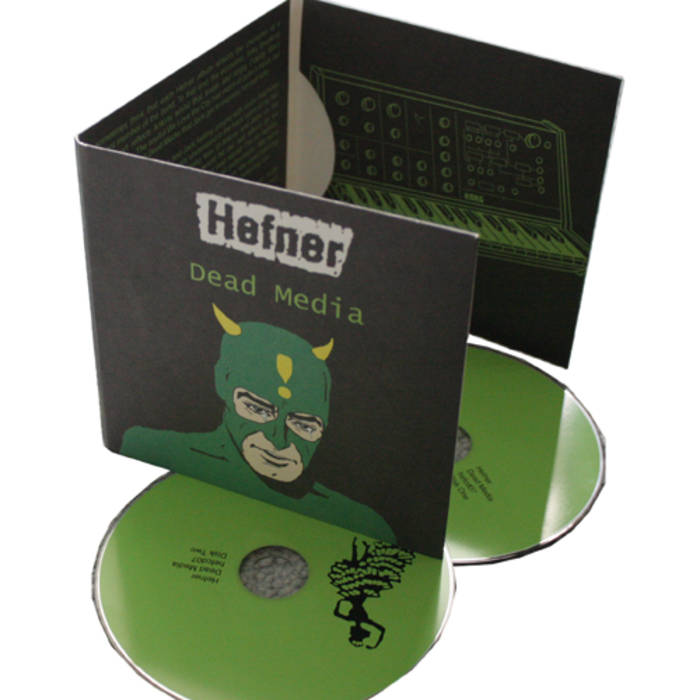 Sleeve notes: I sometimes think of the four Hefner albums, reflecting the character of the four members. To that end, the economic, folky Breaking God’s Heart reflects Antony whilst that brash and angry Fidelity Wars belongs to me. The soulful We Love the City has much of John’s input, but it really wasn’t until Dead Media that Jack got to really express himself fully.

Much of Dead Media is me and Jack fooling around with drum machines and keyboards that we didn’t really understand in the back room of my flat. There’s no real reason for there being less of Antony and John on the songs. At the time we didn’t think it would be our last album so we assumed they would have more to do on the next record. I’ve no regrets. Jack taught me to have more fun with music and instruments. We were using our ignorance of technology to write songs for us. We were listening to Joe Meek and Lee Perry, but I don’t blame you for not believing me.

Some people are quite angry with me for Dead Media. Well not really angry, it’s only a record, but you know what I mean. It is true that we turned out back on what a lot of people loved about Hefner. It is also true that the reaction to this album is largely what made want to split the band. My career has been in tailspin ever since. I would do it all again though. There was something ‘proper’ about experimenting with Jack in that flat and I’ve tried to keep something of that spirit of adventure in all my albums since.

I hope you enjoy Dead Media. Some hate it, some love it, but its nobodies second favourite Hefner album.


Press Release: In their relatively brief lifetime, between 1996 and 2002, Hefner enjoyed an incredibly productive four-album, multi-EP career. Their beautiful, concise, intelligent songs earned a fiercely loyal, cult audience and the long-term support of legendary DJ John Peel, for whom they recorded innumerable sessions.

Dead Media caused confusion at the time and ultimately lead to the band’s break up. However, the songs like ‘Junk’, ‘The Night’s Are Long’ and ‘When The Angels Play Their Drum Machines’ are among Hayman’s most adult and affecting essays and stand out among the finest of Hefner’s achievements.

Recorded by Darren at home in the Orange Room and at Café Eric
Except: ‘The King of Summer’, ‘Junk’, ‘Peppermint Taste’, ‘Can’t Help Losing You’ and ‘All I Ever Need’
recorded by Miti at Roundhouse Studios, assisted by Simon Doherty.
‘China Crisis’ and ‘A Better Man’ recorded by Simon Askew at Café Eric and Simon’s house.
‘Waking Up To You’ mixed by Joël Bourret.