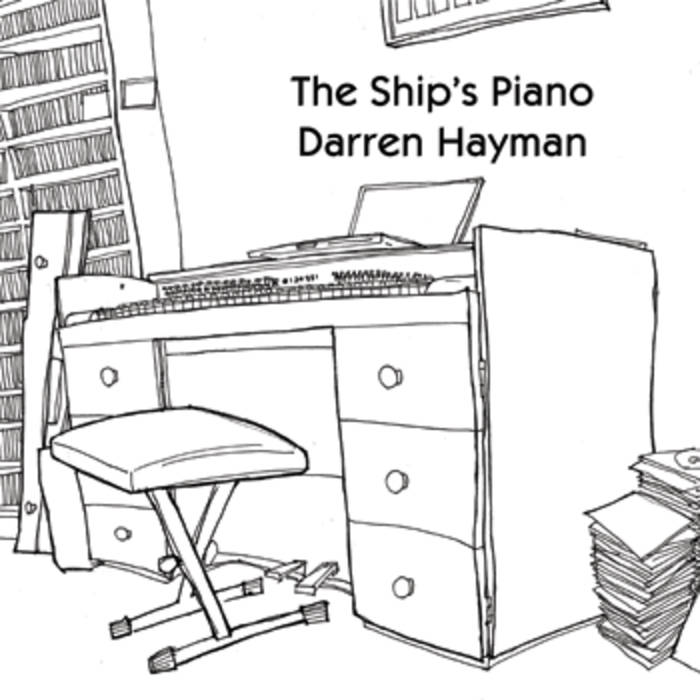 This download includes the eleven songs from the physical release as well as 6 additional unreleased songs.

In November 2009 I had this thing happen to me, where I ended up in hospital with a fractured skull. For a few months I felt constantly dizzy and was diagnosed with some deafness in one ear. Sharp loud noises bothered me greatly. I was told to rest and do nothing, but who knows how to do that?

Music always helps when I'm ill, so I started to make the simplest, quitest music to help me recuperate. I tried to make the music that I wanted to hear, which is perhaps what we should always doing, but in this case there was a direct therapeutic need.

I avoided any jagged edges. I kept imagining the sounds I wanted as round and smooth, like well-worn pebbles.

Lyrically I also found myself eschewing conceptual and metaphoric character led songs. I started to write the simplest and most direct words in the first person, something I have avoided for a few years.

If you are a songwriter and something bad happens to you, people say, "You can write a song about it at least." They mean well, but the big events in life have to seap out gradually with me and not in urgent, confessional bursts. The songs on this record are pleas for calm. As I get older I find I prefer small, quiet things.

All the songs were written on my ships's piano. 'Ship's Piano' is a collequial term given to small-scale pianos that were used on boats. Mine was built in France in 1933 and folds away to resemble a sideboard. I wrote a song where I imagine its history. It's called 'The Ship's Piano'.

Most instruments by Darren except: trumpet by Steve Pretty, drums on 1 and 2 by David Sheppard, bass on 1 and 2 by Bill Botting, kettle drums on 3 by Matt Webber, guitar on 3 by Robert Rotifer, accordian on 11 by Helen Atkinson, chorus on 3 by Freddie Albert, Liam Bush, Alan Bills, Carl Brackett, James Allerdyce, Alex Blunden, Cairns Livingstone.

Recorded at home by Darren except 1 and 2 recorded at Soup Studios by Simon Trought and 3 and 7 recorded at the Salvation Army Hall, Canterbury by Ian Button, Matt Webber and John Tutton.